One of the lesser known aspects of the 9/11 attacks is the initial response aimed at restoring essential services to Ground Zero and to the whole lower part of Manhattan. To have a better understanding of this key aspect we are today offering our readers the personal account of Kevin Rosenthal, who back then was the executive director of business development for a company involved with the initial response and who today is one of the associates of Sur-Seal, an MWBE certified company serving the energy market.

We would like to thank Kevin Rosenthal for his availability and willingness to help. 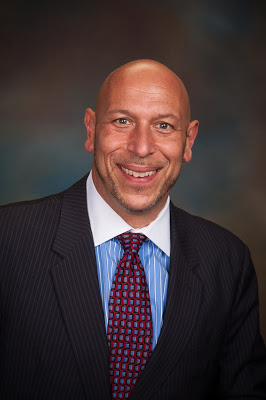 Interviewer: On 9/11, you arrived at Ground Zero in the afternoon. What happened to you then?

Kevin Rosenthal: I arrived at 4 pm when Con Edison mobilized their remote command center on West Street, a block away from Ground Zero. That became the central point of command for the whole operation—for the recovery, restoration and repair of lower Manhattan below Canal Street. We began a site assessment, but the first thing we saw was the devastation in the aftermath of the collapse of the two massive towers.

Then we began to see the survivors. There were elementary schools in the area; the teachers and students were all evacuated and were all huddled together at the corners of the surrounding city blocks. There was no cellphone communication, so there was no way to contact the children’s parents, and they just didn’t know if some of their parents who were in the towers had even survived. I remember very, very vividly a student pulling on her teacher’s dress and asking the teacher why the birds were on fire. Since they had evacuated the school in the morning before the towers came down, they were in the streets witnessing people jumping out of the buildings. Some of the jumpers were on fire, and the young students could not comprehend what they were witnessing. And the teacher responded “That’s a very good question, I am not really sure. When you get home you might ask your parents.”

I also remember, before the army set up the perimeter, people walking around in a trance-like state, holding pictures of their loved ones and hoping for a miracle.

There was a smell in the air: a combination of burnt rubber and sulfur. The smell was so intense that six months after I left Ground Zero, I still had that smell in my nose. It was the smell of death.

Interviewer: Did you see WTC7 collapsing?

Kevin Rosenthal: I saw the collapse of WTC7 and I will never forget the incredible violence of the crash and the peacefulness of the total silence in its aftermath. 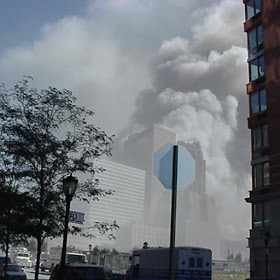 Interviewer: How long did you spend at Ground Zero after 9/11 and what did you guys do in that period?

Kevin Rosenthal: In the first six days, under presidential order, we had to serpentine 33 miles of high voltage cables above ground to hook up the New York Stock Exchange to a temporary substation at the South Street Seaport. Under the presidential order, by then-United States President George W. Bush, the order had to be adhered to strictly so that on the following Monday, at 9 AM, the New York Stock Exchange bell would ring, signaling to the world that America was back open for business. That was a temporary fix, but one that remained intact for a number of months because it took an additional three months around the clock with nineteen-hundred men and women from Con Edison to restore the essential services like electric, gas and steam service to Manhattan.

That was a huge undertaking from a construction, engineering, maintenance, operations, and safety standpoint.

Many different organizations were coordinating the recovery and restoration. I was working together with the United States Army, the Air Force, the FBI, the Police Department, and the Con Edison Emergency Management Response Team to secure critical items around the area. Having supply-chain background and experience, I knew where the materials physically resided, and we were able to contact these companies and coordinate with them. We picked up the essential, mission-critical materials with the assistance of the National Guard and the Army, and they flew it in with Air Force C30s transport planes. With the help of the FBI and NYPD, we caravanned the materials down to our three staging areas: one for electric, one for gas, and one for steam. They were adjacent to the Con Edison mobile command center on West Street. From there, it became a question of dispensing the necessary materials to the nineteen-hundred people. This was an operation that went on 24/7. There was really no difference if it was 3 in the morning or 3 in the afternoon. I did that for 201 days, occasionally grabbing a one-hour nap. We were sleep deprived but we also needed to be able to perform because of the importance and the significance of what we were trying to accomplish all together.

I was amazed by the determination of the men and women of Con Edison to get this job done. The phrase at the time was that they were “ON IT”. They performed miracles and I felt honored to play a part in that role.

I am not only a first responder; I’m also a survivor. I had two heart surgeries as a result of being exposed at Ground Zero. I didn’t get sick until 2012, but thanks to the World Trade Center Health Program, I got the best care and the best surgeons who stood by me 100%. I feel fortunate that I can talk to you about it today, as opposed to people I worked with who developed other kinds of illnesses and aren’t fortunate enough to be here today. 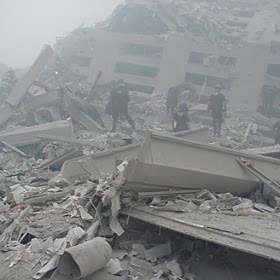 Kevin Rosenthal: The best one that I compare 9/11 to would be Superstorm Sandy and the repair, restoration and recovery effort after that. Every incident is totally unique unto itself. We had never dealt with 14 foot storm surges before, so it presented different challenges than the 9/11 recovery, for example. This was a situation where you had electric components for the power plants adjacent to bodies of water for cooling the turbines. In the case of these storms, all of a sudden you have water coming in contact with a tremendous amount of electrical componentry. Of course this creates failures, fires, and explosions. The challenge in this situation was pumping out the facilities, making an assessment of the level of damage of the componentry and, with the manufacturers, to get replacements on an expedited basis. We were fortunate we were able to work with Con Edison to get the power plants operational by pumping out their substations, which were under water. We worked with a number of tank farms and refineries like Bayway/P66, IMTT, and Kinder Morgan to replace hundreds of actuators and valves, which were used to open and close tanks which house chemicals petroleum products or other liquid materials that are offloaded via pipelines.

Public Service Electric & Gas had customers in New Jersey which were without electricity or gas. They couldn’t use their drinking water and they couldn’t get a bottle of water in six states around New York and New Jersey for eight days. So we helped PSE&G distribute four million dollars worth of bottled water and bagged ice to their customers from twelve distribution centers in and around New Jersey.

So the requirements were different and we were able to assist different clients in different fashions.

Interviewer: How was collaboration with other private companies in those months?

Kevin Rosenthal: We were fortunate to collaborate with an association named Affiliated Distributors, a best-in-breed network of hundreds of independent distributors around the United States that works together with the top manufacturers of electrical, industrial, industrial PVF, safety, and construction products. Through the support of an organization like AD, I had the ability to meet any type of client requirement because of the diversity that AD represents and the direct access they afforded me to the key manufacturers. They really shine in times of emergencies and crisis.

Companies like 3M, Duracell, and Kimberly-Clark were donating goods and we were acting like a clearing house for them to get the materials to people who needed them at Ground Zero.

It’s important to have and respect professional business relationships, and maintain them over time. It is what allows you, during unique occurrences, to call in the necessary resources. Being an important part of that entire supply chain and making sure it exists from start to finish allows for getting the right equipment at the right time and at the right price.

Interviewer: And how was collaboration with State or Federal agencies?

Kevin Rosenthal: During times of crisis there’s no better agencies to work with than the NYPD, FDNY, the Con Edison Emergency Response Team, the FBI, the US Army, the US Air Force, and the Coast Guard. It was really a joint effort. There were incredible collaborations at unprecedented levels. That was the only way to make the impossible possible. 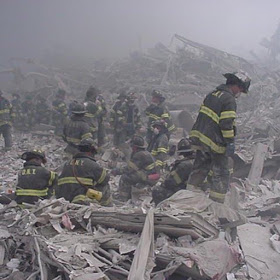 Interviewer: What long term impact did 9/11 have in your opinion?

Kevin Rosenthal: It changed the mindset of the country at an individual level and it brought the country together with a real feeling of unity and patriotism that hadn’t been felt since the 1950s. We were able to persevere through such a tremendous assault on the country and do it collaboratively. It was great to see the revival of the patriotism and also of respect. People treated people differently. A good thing that came from that tragedy is a new level of kindness. People were leading from the heart!

Interviewer: How does 9/11 affect your everyday life?

Kevin Rosenthal: Being a survivor, I’m impacted by it every day. They were able to treat me, but not to cure me. Every day is a challenge. But I don’t regret anything that I did and if it happened tomorrow I’d be there again in support of this great country of ours!

Interviewer: What do you think of the conspiracy theories that 9/11 was an inside job?

Kevin Rosenthal: People are looking into spreading discord in order to sell papers and books. I don’t put any credence in those theories. This was totally the work of al-Qaeda. It was a terrorist act perpetrated on our great country.